“There’s so much to learn when you just listen”
-Unknown 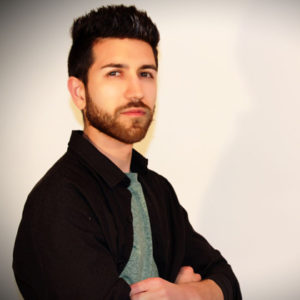 From humble beginnings as a childhood musician to co-founder of a buzzing New York recording facility, Joey Martino has spent 25 years in the entertainment industry as a musician, songwriter, producer and entrepreneur.

A native New Yorker, Joey’s musical career began at age 5 playing guitar at the legendary Carnegie Hall. Even at a young age no stage was too big or small and shows at CBGB’s, Irving Plaza, Highline Ballroom, Gillette Stadium, and Barclays Center followed.

Those early performances led to a deep appreciation for all genres of music and intrigue for iconic artists from The Beatles, Jimi Hendrix, and Michael Jackson, to Dr. Dre, Eminem, and Amy Winehouse. Joey became enthralled with his parents eclectic vinyl collection and by the time he was a teenager began to DJ throughout the tri-state area. During this time, his obsession over the recording process compelled him to spend countless hours in recording studios, eventually landing engineering gigs with Living Color, Raekwon, Bernard “Pretty” Purdie, Eamon, DJ Skribble, CBS’s Undercover Boss, and Sony Music.

In 2007, building off his diverse studio experiences, Joey met his wife and musical partner Laura Monaco. Their unique bond and passion for creation led to the formation of TE Music Group; a state of the art recording studio and artist development facility. TE boasts a team of talented writers & producers whose credits include Rihanna, Enrique lglesias, Nervo, E!’s Keeping Up With The Kardashians & Chelsey Lately, Oxygen Network’s Bad Girls Club, MTV’s Made, and Mountain Dew. The company also hosts a plethora of emerging talent from ouTube stars to American Idol finalists. Joey’s productions have been played over the airwaves of Z100 and 95.5 WPLJ, charted on the iTunes Top 100 pop charts, and received millions of streams on YouTube and Spotify.

“Collaboration leads to inspiration, which produces the best type of creation”, and Joey has come full circle being able to utilize his diverse skill set and share them with the artists he works with. He lives by the mantra “learn to listen, not hear” and encourages artists to be their true uninhibited self, a motto shared by his newly formed record label F.r.e.e.d.o.m. Records. F.r.e.e.d.o.m. is a culmination of years of hard work and dedication to artist equality and its members all share in that sentiment. At only 30 years old, Joey’s drive, confidence and vision position him to be on the cutting edge of popular music and a positive force for emerging artists and Fortune 500 companies alike.